National Leader of BNL, Princewill C Richard, in a statement on Tuesday, said the South is not afraid of losing anything that comes from the North.

BNL also threatened that northerners will be caught off from crude oil and palm oil supply from the South.

The group boasted that the lands in the South, especially in the South East and South-South were more fertile than that of the North. 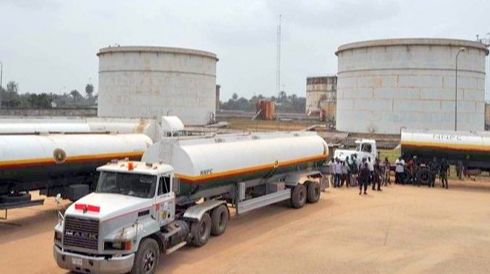 Meanwhile, the Department of State Security, DSS, has detained Mohammed Tahir, President of the Amalgamated Union of Foodstuff and Cattle Dealers of Nigeria, AUFCDN, over the blockade of supply of foodstuffs and cattle from the North to the South.

Alaramma told reporters at a news conference in Abuja that the DSS had in the morning invited the union leadership to a meeting, which ended 3.30 pm yesterday.

He, however did not say if Tahir was arrested before or after the meeting with the secret service personnel.

“Our president is at present with DSS right now. They came to invite us this morning because of this protest we are doing. Up till now, our President has not come out from that DSS office. So, this is the first day they are inviting us,” he said. The news conference ended 5 pm.

But the DSS, in a terse response to the invitation was silent on the alleged arrest of the union leader.

“They attended a meeting at the headquarters as part of the service’s interventions to resolve issues. The meeting which started about 1:30 pm and ended at 3.30 pm today held in an atmosphere of peace,” said the DSS spokesman,   Dr. Peter Afunanya.

The AUFCDN General-Secretary had also alleged that  before their protest over the alleged killing of their members, military personnel, especially soldiers were extorting them and their task force.

Alaramma said before a truckload of cows from Adamawa gets to its destination in any Southern state, the driver would have spent about N250,000 on operatives.

He said: “The situation report we are receiving in Zaria, Kaduna State, Jabba in Niger state, Tala in Taraba State, and Lokoja in Kogi State is that they(drivers) are being intimidated by the Nigerian army. They also intimidate our task force.

“Our dismay is that we wrote to all the security agencies about our strike but unfortunately the Nigerian army are harassing and maltreating us.

“Our members are being frustrated nationwide by the Nigerian army simply because we embarked on a strike despite our contribution to peace, progress, unity, and economic growth of the country.

“We reject what the Nigerian army has done to our task force in all the places mentioned. We want to assure our members that our strike action is ongoing.  We will not give up until the success of our union is achieved.”

The general secretary advised the Federal Government to avert looming chaos by stopping the intimidation of their members.