Real Madrid boss Zinedine Zidane hopes Gareth Bale and James Rodriguez will be available to return after the international break, with both men still fighting their way back to full fitness.

Muscle problems will keep both players out of Saturday’s La Liga game against Eibar despite them being called up to their respective national teams.

Wales winger Bale, 30, has not played a single minute since a Euro 2020 qualifier close to a month ago, while 28-year-old midfielder James has missed Madrid’s past three matches.

The pair have started individual fitness programmes but will not be considered for selection until they are able to complete full training sessions alongside the rest of the first team.

#Zidane: “In this league, there are no easy matches. There are no games which we go into knowing that it’s going to be an easy win and we expect a tough match on Saturday. We’ve prepared well and we are ready to put in a good performance.”#RMTV | #RMLiga 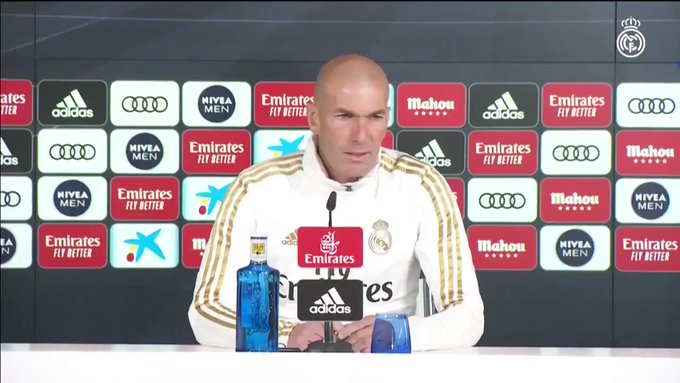 126 people are talking about this

Bale’s injury occurred in the same international fixture that left Croatia midfielder Luka Modric with bruising to his right quadriceps.

The 34-year-old subsequently sat out two club games, leaving Zidane wary of a repeat as his squad prepares to disassemble.

“Hopefully nothing happens, but it could. It’s true in the last call-ups the players got injured,” he said.

“Hopefully the players get away with the national teams, they play, and there are no injuries, and everyone comes back fit and available.”

Amid the probe over why Bale and James have been absent, Zidane was asked to clarify his recent claim that Kylian Mbappe harbours a “dream” of playing for Madrid.

The Los Blancos boss said that he was simply repeating the Paris Saint-Germain star’s own acknowledged ambition.

Zidane said: “He’s within his rights to have his opinion and when I get asked a question I will also say what I believe.

“All I said was what [the player] said, that Mbappe’s dream is to one day wear the Real Madrid shirt. There’s not really much to it, to be honest.”